From protection of glass, from all forms of graffiti such as scratches, acid-etching and gauges in retail, public facilities and any street-level glass applications. Anti-graffiti films offer building owners and managers the opportunity to minimize the $12 billion annual cost associated with graffiti abatement in the United States.

Adheres clearly and firmly to glass, but can be removed leaving little to zero residue.The appearance of the window can be easily restored by replacing the film. A much cheaper alternative than replacing the glass.

Adheres clearly and firmly to glass, but can be removed leaving little to zero residue.The appearance of the window can be easily restored by replacing the film. A much cheaper alternative than replacing the glass.

Anti-Graffiti films are widely used on store windows, malls, signage, mirrors, buses, trams, trains, elevators, marble, stainless-steel etc. It is optically clear and distortion free. When applied to surfaces that vandals often target, such as interior and exterior windows, mirrors, and other glass, the film provides protection by taking the brunt of graffiti damage.Graffiti  Paints, permanent markings, and other stains can be easily removed from the protective surface without the use of harsh chemicals. That is because film damaged by etching or scratching can be easily removed and replaced with new film. Using the protective film also eliminates the expense of conventional graffiti cleanup or the even costlier total replacement of graffiti-damaged equipment or property.

A clear solution to Graffiti damage

Anti-graffiti film provides a tough clear protective barrier and is an economical solution with a cost-effective way for business owners to lower costs arising from these types of vandalism’s. The film is designed to absorb the damage that vandals can inflict with sharp objects or with spray paint and acid etching. After vandalism the film is simply removed and replaced with a new one.

You may contact us by filling in this form any time you need professional support or have any questions. You can also fill in the form to leave your comments or feedback.

If what you are requesting is not available on this website or your question has not been answered please feel free to call us at 310-540-6399 during the business hours of Monday – Friday 8am – 5pm or simply email us your contact information and one of our knowledgeable associates will be pleased to contact you, Thank you for your interest in our products and ADEC, Inc. 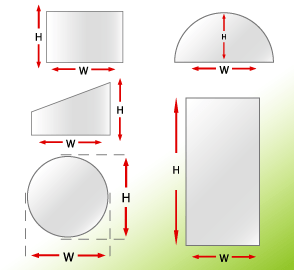 We are here to help and to find the right solutions for your Home or Business. Please tell us how we can help and what you are hoping to accomplish. For a quick over the phone Estimate please tell us  the size and number of windows you have.